The Supreme Court has repeatedly held that offensive speech, as well as religious speech, deserves to be protected to the highest standards.  In a clear of example of what is good for the goose is good for the gander, the State has wisely decided that if they are going to allow a Christmas display, than they should allow all other religious displays along with it.

This article from io9.com details the Satanists’ battle for the display in the Florida Capitol building:

“The Satanic Temple scored a free-speech victory in its quest for equal representation among the Florida state capitol building’s religious-themed holiday displays.

The Satanic Temple — not to be confused with the Church of Satan, with which TST is not affiliated — describes its mission as “facilitating the communication and mobilization of politically aware Satanists, secularists, and advocates for individual liberty,” as well as “to encourage benevolence and empathy among all people. In addition, we embrace practical common sense and justice. As an organized religion, we feel it is our function to actively provide outreach, to lead by example, and to participate in public affairs wheresoever the issues might benefit from rational, Satanic insights.” 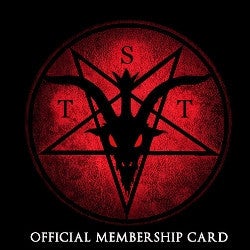 The group’s causes are quite progressive; current campaigns advocate for women’s reproductive health rights and same-sex marriage, among other causes. But the media-savvy organization (check out the merch) gets the most attention for its freedom-of-religion efforts, like that time they argued that if a statue of the Ten Commandments could be displayed in the Oklahoma State Capitol, it was only fair that a statue of Baphomet (along with any other religious representation that anyone cared to donate) be allowed to hang out, too.

It’s in this spirit that TST took on Florida’s government, which has a seemingly open-door policy on religious displays during the holidays.

According to Slate, in 2013 the state “allowed Christians, Jews, secular humanists, atheists, and Pastafarians [i.e., Flying Spaghetti Monster devotees] to construct testaments to their faith. [They also allowed a Festivus pole made of beer cans.] But Florida forbade the Satanic Temple from placing its own display in the capitol, labeling it ‘grossly offensive.’ So this year, the temple reapplied, with some additional legal backing: Americans United for the Separation of Church and State threatened to sue Florida for violating the temple’s free speech rights if the state refused to permit its display.”

Needless to say, Florida blinked, and the Satanic Temple’s display (described as “an angel falling into a pit of fire”) will take its place under the rotunda December 22-29. Horns up for the First Amendment.”

Click on this link to read the original article: http://io9.com/florida-agrees-that-satanists-must-have-equal-represent-1666410117