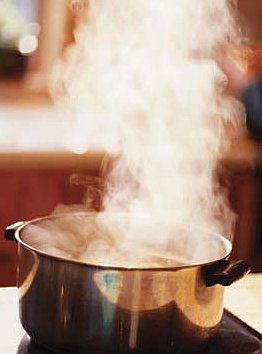 A Volusia County woman was indicted with first-degree murder after she was accused of killing her neighbor.  This stranger than fiction story details how she chopped up her neighbor and attempted to dispose of the body by putting parts in the oven and boiling others in pots on the stove.

“A grand jury in Florida upgraded charges to first-degree murder against 42-year-old Angela Stoldt after they learned she allegedly killed and cooked her neighbors’ body more than a year ago.

It was apparent, according to the Orlando Sentinel, that Stoldt’s house smelled of flesh, but reportedly she told her daughter, “it was just a rat broiling in the oven.”

It was later revealed by Stoldt to investigators that she took a hacksaw to 36-year-old James Sheaffer’s body and then tried cooking him. “One leg went in the oven. Other parts went into pots,” the report said. This was just after she reportedly fix Sheaffer a cocktail laced with prescription drugs.

Stoldt said she only wanted to make Sheaffer’s body “vanish.” So when the cooking of the body wasn’t working out too well, Stoldt said she had the bright idea to discard the rest of the remains in a dumpster. She even reportedly got her son to help, telling him it was a dead dear she needed to get rid of. The remains according to the Orlando Sentinel were discarded in dumpsters near New Smyrna Beach.

Although Stoldt was initially facing second-degree murder charges, once the grand jury heard what really happened – they decided for the upgrade to first-degree murder.

The motive? According to the report, it may have something to do with money and the fact that the victim had allegedly asked Stoldt for a $4,000 loan from her dad. Apparently there was a joint neighbor account and Sheaffer may have withdrawn too many funds from that account. Stoldt is claiming self-defense after a fight over money ensued.

In addition, reports said Stoldt for some reason was handling the victim’s “financial affairs.”

She even claimed that she took an ice pick to both of Sheaffer’s eyes, according to the Orlando Sentinel.

Stoldt is facing a lifetime behind bars if convicted.”

Florida Woman Confesses To Killing And Cooking Her Neighbor